Priti’s Adventures in FAMI (part 2 of 3): Breaking the Body Out of the Box

18 Jul Priti’s Adventures in FAMI (part 2 of 3): Breaking the Body Out of the Box

FAMI 2011 wrapped up  Sunday, July 17h–and what an awesome anatomy fest it was!  To catch a glimpse of the action, check out the second of 3 FAMI blog posts, authored by Priti Radhakrishnan, who attended the workshop for the first time this year:

Breaking the Body out of the Box by Priti Radhakrishnan

I can honestly say that I will never look at a body in the same way again.

Does that sound dramatic? I don’t mean it to be. The funny thing is, when past FAMI participants said that same sentence, I wondered to myself if they were exaggerating. Now that I’ve been here myself, I can tell you that it is no overstatement.

It probably started on the first day, when the doctor who kicked off the conference asked us to look at a skeleton and to tell him what we saw. Our answers were predictable – “bones”, “joints”, and more.

Then he told us what he saw. Bones as living things. He looks at a skeleton – or a real live body – and sees the evolution of the person, from infancy through old age. By the time he was done passionately expressing his thoughts, I knew I’d never look at a body the same way again.

This experience repeated itself over and over during the four days we were at FAMI. It was like being stripped of every vestige of perception I had accumulated as a movement professional. To put it another way, I was asked to take a hard look at the building blocks I’ve so carefully accumulated and stacked as a pilates instructor, to knock that structure down, and to rebuild it from the ground up- this time, in a non-linear way. This time, in a dynamic, evolving, relational way.

As one participant, Alex from New York, said to me so eloquently, “I had no idea I had been living in the box until I got here”.

And that really sums it up. We pride ourselves on our creative work – teaching movement is after all a non-linear process, we don’t sit at desks all day, and we are doing something meaningful with our healing. But the reality is, until I got here, I didn’t know how narrowly I had been thinking about bodies and the work that I do. I had no idea that I had been playing it safe.

The doctors here have been challenging us to stop memorizing – what a body part is called, where it starts and ends, what is above and below it – and powerfully persuading us to get to know the body, to have a different kind of relationship with it. I won’t do their advice justice in writing; it is something each person has to experience for themselves. But I will share some of their teaching approaches in the hopes that if you couldn’t make it, you’ll get a sense of how they want us to learn.

These experts challenged us as movement professionals to understand families of muscles and not just the muscles themselves – by understanding the groups and their actions and relationships, and what nerves are related to those muscles, you will get a wonderfully whole picture of the body, and its movements and dysfunctions.

They pushed us to learn the roots of words, and have a conversation with anatomy, instead of just memorizing words from foreign languages like we did at school. So I embarked on a journey this week, from learning that acetabulum means vinegar cup, to the fact that the phrenic nerve’s origins can be remembered with catchy phrases like “C 3, 4, 5, helps to keep the diaphragm alive!”

But what stayed with me, more than these fun tidbits that were sprinkled throughout the course, were two fundamental things.

First, I now know the body, because I have stared at it, painstakingly prepared it for lab, and touched each part that I only knew from textbooks before. Oh! I should have mentioned! All my nervousness about the dead body parts flew out the window from the moment I got to lab the first day. On the first day, I saw the teres minor and the SCM, long imagined but different to the picture in my mind. I touched the surprisingly thin transversus abdominis and trapezius muscles. I learned how phasic and tonic muscles actually work from the brilliant residents working in the lab.

I felt the TFL in relation to rec fem and sartorius. I palpated the psoas with such glee that I wondered if those dead bodies were starting to get uncomfortable. I finally got to see the leg in three dimensions, so I’ll never forget what attaches below the knee and what is deep or superficial to what.

Second….and this is a big one. The stories I was told! The body is alive, really alive for me now. I’ve got stories about the plantaris, and a journey about the brachial plexus, or fascinating trivia on sleep and the intervertebral discs, and juicy helpful chunks of knowledge on injuries and conditions related to the hip, knee, ankle, shoulder, back and more. I’ve got so much to take forward into my teaching practice that I’m overflowing.

Before I sign off, I’ve got to say that the most incredible part of this experience has simply been this. The energy, curiosity and insight of the participants – yoga, pilates and other movement professionals — has been unmatched. When else could I be in a room with 100 other people that were just as excited as me to hear a lecture on the pelvic floor? 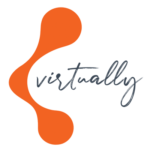