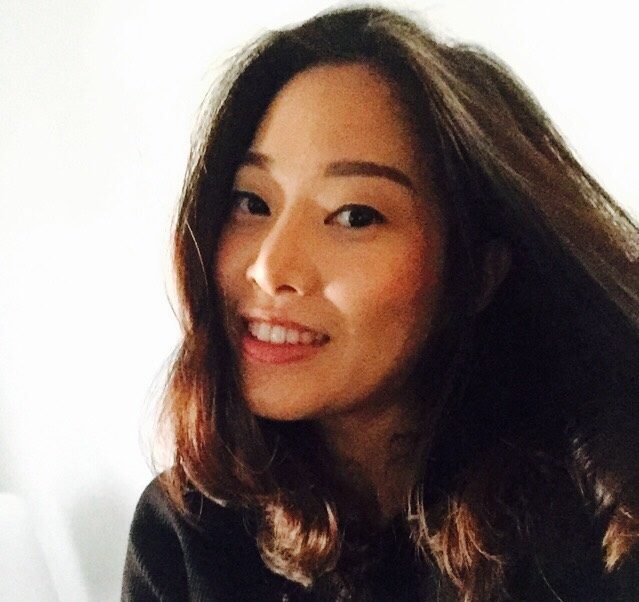 Meet Pannida Kanlayanachol, our new mentee! We’ll be sharing her insights on her journey through the mentor program, starting here:

Back in 2013, I was working in an office 8-12 hours a day – bouncing between navigating the stressful city life in Bangkok and sitting at a desk for hours on end. I did not work out. I am sure I had some sort of sick office syndrome: my body was screaming that I needed to do something for myself, “Self-love, girl, self-love.” So I tried yoga. It hurt, but it helped, if for no reason other than it broke up my work sitting/eat sitting/home sitting.

Pilates was becoming a hot fitness trend among celebrities, each competing to have the coolest pose on all sorts of strange-looking devices. We would joke that they were torture machines. Meanwhile, I found I just wasn’t getting excited about yoga – don’t get me wrong, I felt better every time I attended a class – but I just wasn’t feeling like it was everything I needed. And, being a trendy Bangkok girl, I wanted to check out what all the social media buzz was about and decided to give Pilates a try. I even found the studio where the celebrities went. As I arrived to sign up, I noticed that people were coming out with sweat on their skin but smiles on their faces. “This is a good sign,” I told myself. After I completed the first session, I didn’t hesitate to sign up for the big package. And that was how our love-hate relationship began.

Then I met “the other love of my life”. Luckily, I got to keep them both. I married a man whose work requires us to travel a lot, and when I was voicing my concern of how I could find work as a logistician in countries other than Thailand, he urged me to look for other doors and new opportunities – to follow my heart – my passion – and not my fear. A few deep breathes later, the answer was right in front of me: Pilates! Is it possible that the thing that allowed me to suffer through challenges of my other career could be my career itself? The answer was “Yes!”

Fast forward to the next year: I earned my first Balanced Body Pilates certification in the Spring of 2014. Six months later, I was in Riyadh, Saudi Arabia. After all the work I had put into transforming myself, I could not believe I was going to a country where nobody exercised, especially the women. Boy, was I wrong. The fitness industry there – while segregated by sex – is thriving, especially for women. Many many women there, young and old, are fit gym junkies. I soon found myself teaching group classes at a large studio while holding a dozen private reformer classes at my home studio. And that was when I really started to grow as a teacher: not just from more hours teaching, but from confronting a myriad of issues in my students that I had not seen when teaching in Bangkok, scoliosis being the most prominent among them. And while I grew as a teacher, I also grew in realization that I had a great deal more to learn about the human body.

Last summer we moved back to the U.S. – yay! Right after we moved back, I found out that I had a large fibroid in my uterus, went through a hysterectomy, and then had complications that kept me in the hospital for another week. My recovery was slow (well, it was normal, but I am impatient, so it was slow). Finally, 3 months after the surgery, I was cleared to go back to exercise. Soon I was working again, and have had the opportunity to work with 3 studios in the D.C. area. I have students with severe arthritis, a man who went under 20 surgeries after a vehicular accident and many students of all ages with hip dysfunction, shoulder impingement, etc. And as I tried to tailor my lessons to the unique needs of each of them, I finally had to step back and re-evaluate myself. I could continue knowing I was short the tools and knowledge to work with those specific pathologies, or I could find a way to acquire them. Beyond that, I wanted to learn from my own experience, and become someone who could help other women who have undergone surgeries like my own to recover more successfully than I had on my own. I had to find someone who could help me achieve those goals.

I then found Matt and realized he was the right person to help me put my jigsaw puzzle together. Happily, he took me into Kinected Mentorship program. I was overwhelmed at first – and still am a bit; there is just so much out there to learn. But now I’m on the 2nd month mark and with his guidance, I am seeing more clearly each day how all the puzzle pieces fit together in one human anatomy.

My goal is to provide the most effective classes with a clear knowledge of how the mechanisms are working inside, so that my students can reach their full potential in living their lives. At the end of the day, Pilates remains my passion and learning how to teach it better feeds my energy: when a 70-year- old man tells you that he never thought he could ever sit down on the ground and play with his dog again, but that he did it the night before – that’s what it’s all about.